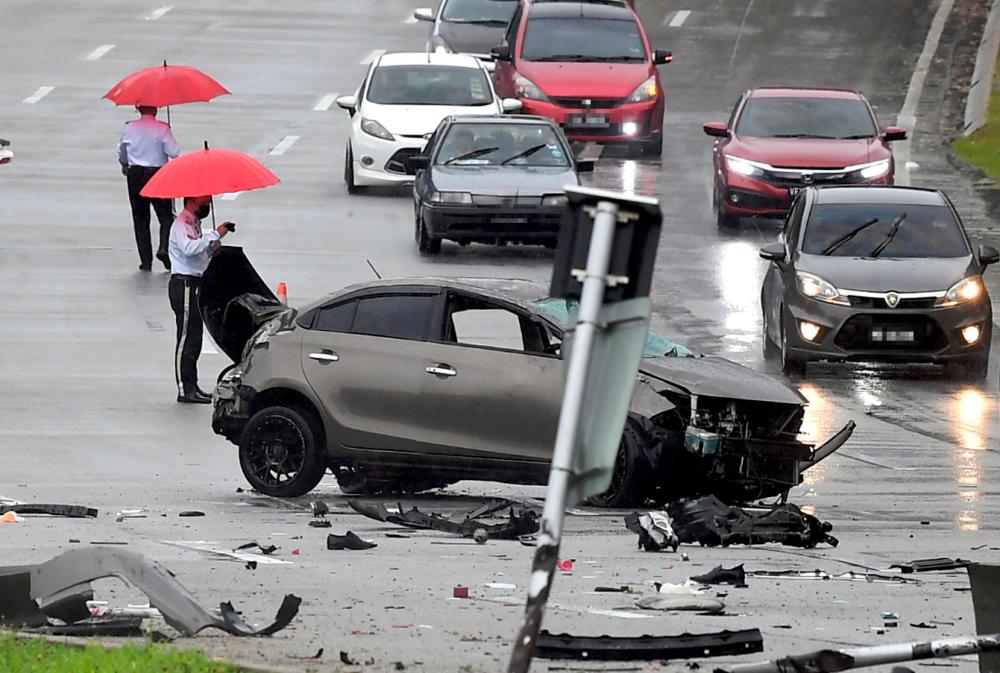 The General Insurance Association of Malaysia yesterday said that owners of uninsured vehicles are courting trouble should they have a traffic collision.

The association said under Section 90 (1) of the Road Transport Act 1987, it is mandatory for owners of motor vehicles using public roads to have a valid motor vehicle insurance to obtain or renew road tax.

It said failure to have motor insurance for a vehicle contravenes the Act, and an offender could be liable to a fine not exceeding RM1,000 or face imprisonment of up to three months, or both.

Offenders also face suspension of their driving licence for up to a year.

“It is not worth it. Those who drive without a valid motor insurance may face hefty fines, and end up paying from their own pockets for damage caused to a third party or property,” the association said.

Motorists also have to fork out payments for the damage of their vehicles and face legal complications.

Purchasing motor insurance does not only protect the vehicle but it also protects the owner’s finances as well.

It said the driver or car owner of an uninsured vehicle may be liable for injuries or death suffered by a third party, including compensation via court awards if they are sued.

The association added that in the event of a collision with an uninsured vehicle, a motorist can seek assistance from the Motor Insurers Bureau of West Malaysia.

The bureau was established following an agreement between the Transport Ministry and general insurance companies to provide compensation for collisions involving uninsured vehicles.

The association also said vehicle owners who hold a comprehensive motor insurance policy need not fear losing their “no claims discount” (NCD) when making a claim if they are not at fault in a collision.

“They have the option of submitting an ‘Own Damage Knock for Knock’ claim with their own insurance company, without losing the NCD.”

The Transport Ministry had introduced a moratorium to delay the renewal of road tax due to the movement control order (MCO), but it is compulsory to have motor insurance for the vehicle.

With the lifting of the MCO, the grace period for renewal of road tax has been extended until Dec 31.

However, the Road Transport Department (RTD) believes that there are a large number of vehicle owners who have not renewed their motor insurance, following the moratorium.

To clamp down on uninsured vehicles on the road, the RTD launched Ops Sedar two weeks ago.

The RTD said last week its records showed that the road tax of about 3.8 million vehicles have yet to be renewed.

Those who drive without a valid motor insurance may end up facing fines, imprisonment, legal problems and paying from their own pockets for damage caused to a third party or property. – Bernamapix